Throughout the story, Mitsuhide is inspired by the idea of universal, lasting peace, which would allow the Kirin to come. The idea of “Kirin Ga Kuru” is mentioned over and over again, by many different characters, and it is the central motivation for Mitsuhide, our protagonist. Even the crafty, warlike Dosan Saito indirectly alludes to it when he tells Mitsuhide to make a “big country.”

There are many versions of the Kirin, in many cultures; the idea of Kirin for our story is that of a magic, powerful creature, that can come only when there is peace in the land. The Kirin does not directly bring about peace, but its arrival heralds the end of war, and a level of harmony.

Musically, I wanted the Kirin’s music to embody both magic and power. For the magical side, I sought sounds that were somewhat indefinite – rhythmically somewhat “floaty,” harmonies moving at different times in different sections (choir and strings, for example), and instruments that don’t necessarily fit neatly into one culture or musical tradition. So, for the opening, there is a shimmering background, using harp, koto, cimbalom (an Eastern European instrument that is struck), dulcimers, bells, and women’s choir. The strings are playing sul tasto, senza vibrato, which gives a glassy, choir-like sound as well, with violas playing poco vibrato providing the first section’s feel, accompanied by a central American quena flute. As you can see, there are instruments from Asia, Europe, the Americas, and effects (like the sul tasto in the strings) that intentionally locate the ear away from a completely traditional orchestral sound, or even a Japanese sound; the Kirin is from somewhere else, not necessarily of this world, so I wanted the music to be geographically ambiguous.

At last, at about 2’21, the quena flute begins to play the main Kirin theme, solo. The background remains floating, indeterminate, and gentle; this is the soft, magical side of the Kirin. Then the strings, other woodwinds take up a reworked version of the melody, accompanied by the cellos.

At 3’23, we start to hear the more powerful side of the Kirin. The brass begins to put muscle behind the floaty, gentle strings, building little by little to about 4’00 when we hear the power and majesty of the Kirin. This no longer is the shy, tentative, shimmering beast; the Kirin is now a glorious herald of peace, with choir, brass, and percussion joining the winds and strings, announcing the great arrival.

This track would have been impossible to pull off without the artistry and sensitivity of a fine conductor and a world-class orchestra.  Maestro Junichi Hirokami and the NHK orchestra were dynamite — from artistic expressiveness to the powerful tutti at the end, this is one of my favourite recordings.  There is a particularly challenging duet for two solo violas that starts at about 0’50” that I love.  It is not technically at all difficult, but the expressiveness and beauty of the playing is magic.  Then, near the five-minute mark, the trumpets join the full orchestra for an enormously meaningful, powerful expression of the importance of the Kirin, both in myth and to the Taiga Drama. 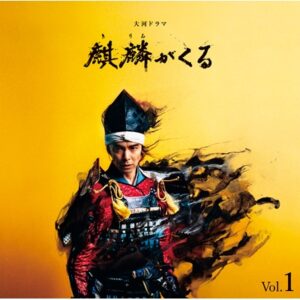 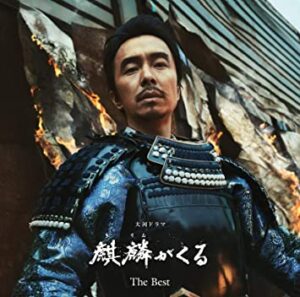 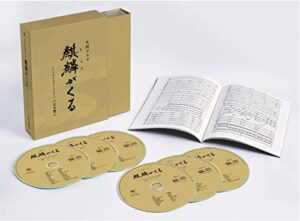 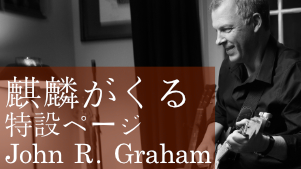